Need Help? We Have a Solution to Fit ANY Budget! 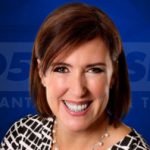 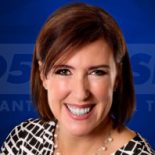 Have you ever wondered why you work so much just for your pets to lay around and live the good life?  Ongoing research has revealed you may be getting more health benefits

from your pets than you could ever imagine.  We have compiled some of the top studies from around the world to provide a solid argument for just how important your animal friend is.

Scientifically backed studies providing statistical evidence of the health benefits of pets support the importance of the brain-body connection, or the ability of emotions to influence health. For example, people suffering from chronic anxiety and depression often develop hypertension, high cholesterol, cardiovascular disease and other health issues attributed to the stress hormone cortisol. When given a pet to care for, individuals with stress-related diseases enjoyed reduced cortisol, lower cholesterol and feelings of calmness and well-being.

1. Pets Can Help Lower Incidences of Asthma and Other Allergies

Pets also appear to play a vital role in strengthening a child’s immune system. Children living with cats or dogs have a lower incidence of hay fever and asthma and are less likely to suffer pet-related allergies.

2. Pets May Help Lower the Severity of Heart Attacks

A National Institutes of Health study investigated 421 adults who had suffered heart attacks. After one year, the NIH found there were more dog owners still alive than non-dog owners, regardless of heart attack severity.

In the same NIH study examining the benefits of pet ownership for people suffering heart attacks, researchers also found that out of 240 married couples, those couples owning a pet presented lower blood pressure and heart rates than couples without pets. In addition, couples with a pet had quicker recovery times and milder responses to stress when accompanied by their pets than when accompanied by friends or their spouse.

In three studies, subjects were told to relive past experiences involving social acceptance, social rejection or physical harm and describe their emotions. Subjects then had to give names to dogs, cats or plastic toys and also describe their well-being. Across these studies, subjects naming dogs or cats reported a reduced feeling of social rejection. Even naming toys produced similar feelings. Viewing pictures of dogs or cats without naming them also improved “rejected” subjects’ well-being.

5. Dog Saliva is Believed to Have Healing Properties

The University of Florida at Gainesville researchers recently discovered dog saliva contains nerve growth factor (NGF) a protein capable of healing human wounds twice as fast as wounds left untreated by dog saliva. Nitrite is also found in dog saliva, a chemical that breaks down and turns into nitric oxide. Effective in preventing bacteria from infecting scratches and cuts, nitric oxide is used as a general microbial in wound dressings.

A 2003 study involving subjects exposed to something causing anxiety and fear (in this case, a tarantula spider) found that when given a living rabbit or turtle to hold and pet, their anxiety significantly decreased, as opposed to a stuffed rabbit or turtle. Evidence from older studies also discovered that just touching living animals generates positive feelings and comforting emotions in both anxious and non-anxious individuals, which benefits all aspects of their physical and psychological health. In fact, decreased health expenditures of nearly $4 billion over one decade are linked to pet ownership.

7. Dogs are Good for Your Heart!

Dogs as pets appear to reduce the risk of cardiovascular risk. In addition to helping reduce stress and depression, dogs also encourage their owners to be more physically active. A study involving 5200 adults found those who own dogs do walk more than those without dogs and were, in fact, 54% more likely to benefit from doctor-recommended physical activity.

For 10 months, researchers studied the health status and behavior of 71 adults with and without a pet. Pet owners presented a significant reduction in colds, infections and other minor health problems during the initial 30 days of having a dog compared to those who did not own a dog. Results showed that acquiring a pet may have beneficial effects on behavior (increased physical activity) and general health which, in some cases, could be relatively long-term.

Dogs can be surprisingly beneficial to our health in a very real sense.  They can often be a lot to take care of.  From dog training and supplying dog food to making sure your dog doesn’t run away, dogs can be a lot of work.  We, at DogWatch, believe our fences are worth every cent, and every minute, you put into them.

Get A FREE Quote

DOGWATCH® IS NOT INVISIBLE®

DogWatch® “Hidden Pet Fences” are often mistakenly referred to generically as “Invisible Fences” or “Invisible Dog Fences”. Invisible Fence® and Invisible Fencing® are Brand names, products and registered trademarks of Radio Systems, Inc. Click any of these links to learn more about how DogWatch® products compare